Preferred Reading Environment: Make yourself a nest of pillows and blankets in a really comfy spot. This book spends a lot of time on the ice, so make sure you’ll be warm.

Content Notes: This book has brief moments of physical abuse and prolonged instances of psychological abuse. There are a lot of body image triggers in this one, as well. 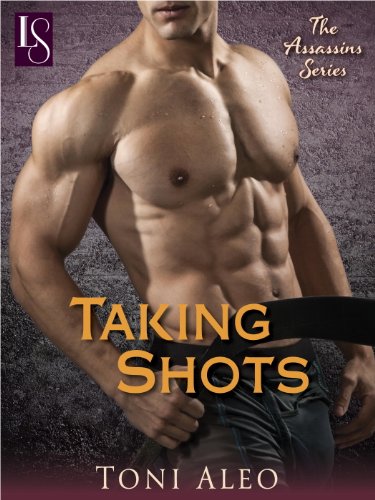 I mentioned in my Like a Girl review that I’ve been going through sports withdrawals because of my jobs. Football isn’t the only sport I’ve been missing, though. It is also hockey season!!! I haven’t seen a single hockey game this year, you guys, so I had to live vicariously through these characters for a minute.

I first came across Taking Shots, by Toni Aleo, on Kindle a couple of years ago. I was in graduate school in Kansas and missing hockey – which is probably the only thing I miss from my time living in Michigan – and Toni Aleo popped up on my suggestions. One of the things I love about Taking Shots is that it takes place in Tennessee, so you get pleasant southern charm and the satisfaction of some really good, teeth-jarring hockey.

Elli Fisher is a former-Broadway-star-turned-photographer with a bunch of psychological fallout stemming from health issues, an abusive mother and an abusive ex, and the fact that she comes from a wealthy family in a small town. She was raised in the south, expected to be the typical southern lady, so she is understandably a mess of contradictions; she’s charming and makes sure to present a specific image of southern gentility, but she has a spine of steel and she’ll fight you over her rink-side seats at her favorite hockey team’s home games. Elli was recently given a contract to take the promotional photos for said hockey team, the Nashville Assassins (no, that’s not a real hockey team).

Enter Shae Adler, captain and leading scorer of the Nashville Assassins – and Elli’s favorite hockey player. He is instantly captivated by Elli’s beauty and personality. Shae chases Elli and the two begin a pretty adorable romance. But Elli has a tendency to keep secrets and, despite desperately wanting a happily ever after romance, she doesn’t trust that it could truly happen. Shae is willing to fight for Elli, but both parties have to work hard to make a relationship work.

This is one of the longer Kindle books I’ve read recently, and that was pretty evident when I got about halfway through the book and thought, “Is this almost over?” I have gotten used to some quick resolutions to powerful emotional issues, which isn’t exactly realistic. Considering what I just said, you’d think this book delves deeply into the complicated psychological damage caused by poor body image, abuse, and health issues. The problem is that there are so many issues that the characters have to fight through – and they are pretty much all Elli’s issues. Here’s a quick list:

This list is a bit of a simplification of the issues and it’s not comprehensive, but it’s already a lot to take on in one book. I appreciate that Aleo used a real health concern and included a lot of the real-life side effects; thyroid conditions can cause uncontrollable weight gain or loss, sudden violent  illness, and depression, all of which are included in this book. Elli is struggling with the fact that she lost several close relationships when she became ill and gained this weight. Aleo could have written an entire series based on Elli and Shae working through all of her issues, but instead this is the first in a series of hockey romances centered around the Nashville Assassins.

Despite the issues-overload, this book has a lot going for it. The characters don’t fall into a stereotypical box. Elli is a girly broadway star, an artsy photographer, and a rabid hockey fan. Shae is a fantastic hockey player, a caring twin brother and uncle, and a committed significant other. They’re down-to-earth characters with practical goals and problems. Most of the conflict in this story is internal, which is a change of pace from my usual fare. I personally tend to prefer external conflict because I’m an escapist reader and I find it easier to escape into a problem with a straightforward solution – capture the stalker, keep the main character safe until they can testify, find the mole or embezzler, etc. and live happily ever after. I think the internal conflict in this book is realistic and worth examining.

This is a sports romance, so if you aren’t familiar with hockey there could be some places where you get confused. You do need to know that a professional hockey team will play a couple of games per week during the season, unlike a professional football team that will only play one game per week. However, this book doesn’t explore the specific positions or plays, so you don’t really need to know much more about the sport.

Anyway, I’m going to go read another sports book. This is becoming a full-blown phase, you guys. Do you have a favorite sports romance? Let us know so we can check it out!