Reading Accessories/Accoutrements: We found this recipe The Sandman Cocktail, which looks like it has just enough sugar to keep the sandman away while you finish reading. 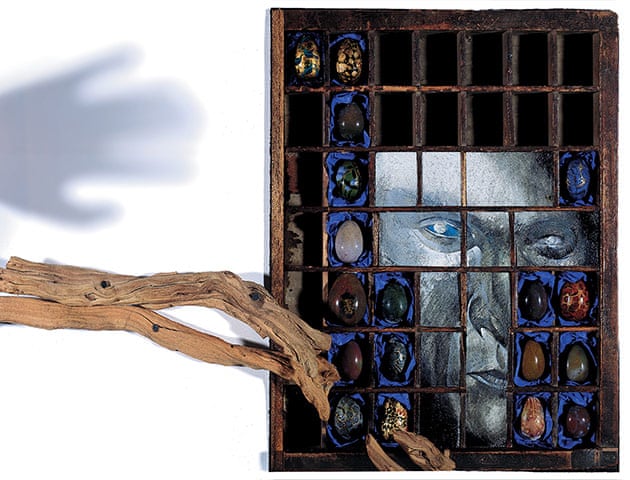 I don’t remember which Neil Gaiman book was my first. I love everything I’ve read of his, for both kids and adults, and several of my friends have read and recommended Sandman to me in the past. Last year, I was going through a used bookstore when I saw volume one of his Sandman graphic novel series for only $3. I knew I couldn’t pass it up. The art looked great and I appreciate the character development and plot depth. I decided to revisit it for this review as a fun way to get into the spooky mood of October.

In our Moon Called review, I criticized the graphic novel adaptation of the book. While rereading this volume of Sandman, I realized some of the reasons I enjoy Sandman where Moon Called fell short. For starters, this series was conceptualized as a graphic novel series. The characters and plot were designed with the format in mind. That gives it an advantage from the start, and I think it shows.

Sandman begins by introducing us to a handful of seemingly unrelated characters. A group of sinister old men try to summon and contain Death, but they get Dream instead. People across the world are haunted, affecting their sleep to varying degrees.  Sleeping illnesses start to spread around the world. Some people never sleep, some people can’t wake up.

I don’t want to spoil a lot about the plot, but it follows the god-like characters of Death, Dream, Lucifer, and more, revealing evil plots and dark deeds. The characters are cynical, sarcastic, and jaded. My favorite character is definitely Death, which from what I’ve read, is pretty common. She’s fierce, quirky, and full of personality. I was surprised by how dark of a character Dream is, and how upbeat Death is.

Meanwhile, the imagery is dark and violent. The art can be abstract, with unrealistic backgrounds that help establish a fantastical setting.It’s definitely an engaging take meant to make you question your perceptions of “good” and “bad” in the world.

As the beginning of a series, this volume definitely succeeds in making you want to read more. Information about the world is revealed slowly – by the end of the book, I still felt like I barely had a grasp of what was going on. It really is just the beginning, and I’m excited to read more of it. This series ran for over 75 issues compiled in 12 volumes. I definitely understand why it ran so long and I look forward to hunting down more volumes, though I don’t expect to be so lucky to find them all at such great deals as I found the first.

This reminds me of a lot of dark graphic novels that have been made into movies. It has a similar tone and feel to The Watchmen and Sin City. If you like those, I would definitely check out The Sandman.

I had heard about The Sandman for years before I finally checked it out. Now it’s been a year since the first time I read the first volume. This re-read has inspired me to get the next in the series and work my way through the entire series this next year.